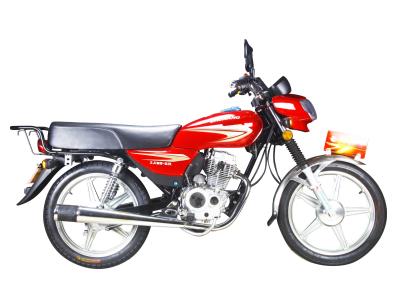 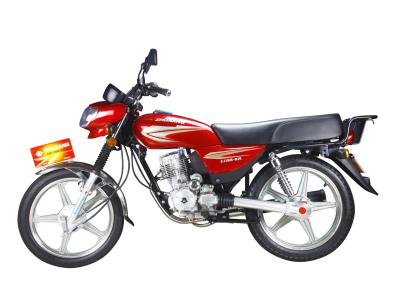 One newly modified model from our CG series, simple look but so efficient fuel consumption, suitable for the Middle Eastern market and partly for African one.

One newly modified model from our CG series, simple look but so efficient fuel consumption, suitable for the Middle Eastern maket and partly for African one.


Approved by the National Development and Reform Committee, Zhuhai Zhujiang Vehicle Co., Ltd (Thereinafter called Zhujiang) is a professional manufacturer of motorcycles, engines and spare parts related. Located in Zhuhai, a city alongside Pearl River Delta bordering with Macau, Zhujiang was formerly a state-owned company which was established the year of 1991 before it became private-owned one in the year of 2002. For the past decades, Zhujiang has been successfully carrying out its business with its registered dealers across the world by selling its products thanks to its competitiveness in price as well as its consistency in quality. And plus, its convenience in transportation links no matter by either sea or land. As its foreign trade value amounting more than 70% of its total sales volume. Zhujiang has become an overseas market-oriented modern enterprise. With its annual output for the whole vehicles and engines reaching 350,000 and 200,000 sets respectively, its markets have expanded to more than 20 countries and regions such as Tanzania, Nigeria, Togo, Liberia, Uganda. Ghana, Namibia, Angola, Sudan, Egypt, Kenya, Bangladesh, Vietnam, Syria, Iraq Venezuela, Bolivia, Haiti, Jamaica, Dominica, Colombia, Uruguay etc. With its pivotal products such as CG series, GN series, WY series and Suzuki series most popular among the end consumers, Zhujiang has long been continuously pushing for new models aimed to catering to the changing world markets

In addition to its own brand, Zhujiang also works as OEM for the authorized brands from across the world on a mutually benefited stand.

With a heavy investment in the technology for upgrading and advancing its equipments and great importance attached to training its workforce of both engineers and technicians, Zhujiang has been far qualified to challenge all competitions posed from the same industry from across the world, and it always stands firmly ready to cooperate with those who are in same pursuit of motorcycle world.

Send Inquiry to This Supplier